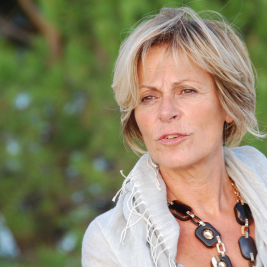 I was born in Garfagnana, in the province of Lucca, in a small village in the Tuscan-Emilian Apennines. I graduated in Computer Science in Pisa in 1982. Computer science then seemed mysterious and inescapable, a fascinating challenge. After a few years in the R&D department of Italian companies committed on European projects, in 1989 I won a NATO-CNR grant for the United States and worked at MCC, an industrial research center in Austin, Texas. That was the turning point: the following year I became a researcher at CNR in Pisa, Istituto CNUCE, and today I am a research manager, always at CNR, at ISTI. In the meantime I spent some years abroad working at CWI in Amsterdam, at UCLA in California and at Northeastern University in Boston. I have about 300 scientific publications with more than 14000 citations.

The common thread that binds my scientific activity can be summarized in one word: “data“. I am convinced that “big data“, the digital crumbs of our lives, are giving birth to a new science of data, at the intersection of computer science, complexity sciences and social and economic sciences, able to help us better understand the functioning of society and give us powerful tools to reason about the consequences of our choices, individual and collective. How do we work to ensure that this happens in a transparent, participatory way based on shared ethical values? How do we develop a global knowledge resource as a common good?

I can say that I am one of the pioneers of Data Science: already in 1994 I founded the KDD Lab, the Knowledge Discovery and Data Mining laboratory, jointly between CNR and University of Pisa, the first Italian research lab on data mining and one of the first in Europe, which has achieved wide international visibility thanks to pioneering research on mobility data mining (analysis of big data of human mobility), privacy-preserving data mining (analysis of personal data in ways that protect the privacy of those involved), and social network analysis (analysis of social relationships). Since 2015, I have been the coordinator of SoBigData.eu, the European research infrastructure on “Social Mining & Big Data Analytics”, an ecosystem of 32 European centres of excellence that created the platform for interdisciplinary data science and data-driven innovation. Learning from data is also at the heart of recent advances in AI, artificial intelligence: one of the most promising directions of my current research is so-called “explainable AI“: how to foster interaction between people and “smart” machines to develop human-centric forms of AI, capable of enhancing our cognition and autonomy. On these topics I won in 2019 an ERC grant entitled XAI – Science and technology for the explanation of AI decision making.  On March 8, 2019, I was named as one of 19 inspiring women in AI, Big Data, Data Science by KDnuggets.com, the leading global site on AI. From September 2020, the KDD Lab is a node of two networks of European centers of excellence in AI – Horizon2020, ICT48 – TAILOR: Trustworthy AI and HumaneAI-Net.