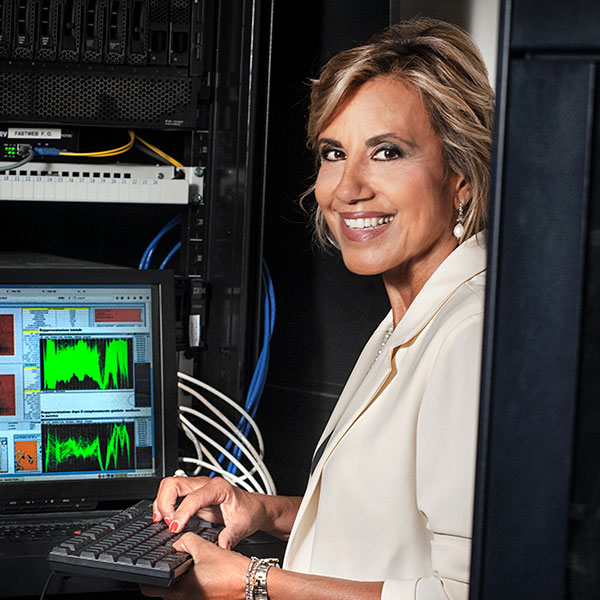 Tiziana Catarci is full professor in Computer Science and Engineering at Sapienza University of Roma (http://www.diag.uniroma1.it/users/tiziana%20catarci) director of the Department of Computer, Control, and Management Engineering “Antonio Ruberti”, and.

Tiziana Catarci is the Editor-in-Chief of the ACM Journal of Data and Information Quality. Moreover, she is associate editor of several international journals and has been co-chair of many important international conferences in both database and hci areas. Dr. Catarci has been a founder Member of the Italian Chapter of the ACM Special Interest Group on Computer-Human Interaction and, very recently, a founder of SIPEIA, the Italian Scientific Society for Ethics in Artificial Intelligence.

Finally, she is very active in combating gender disparities and promoting the STEM disciplines among female students by promoting dedicated projects at both school and university level and acting as role-model for “Inspiring Girls”(http://www.inspiring-girls.com/) and other initiatives.

In 2003 she has been the recipient of the IBM Eclipse Innovation Award. In 2015 she received the honor of “Commendatore” of the Italian Republic. In 2016 she has been nominated member of the prestigious European Academy of Sciences and Arts. In 2016 she has been included among the “100 Women for Science” project – http://www.100esperte.it/. In 2017 she received the Levi Montalcini Association award for the “diffusion of scientific culture among younger generations”. In 2018 she has been included among the “InspiringFifty”, https://italy.inspiringfifty.org/ ,the most influential women in the tech world. In 2018 she has been nominated fellow of the EAI – European Alliance for Innovation.